Get to know us!

"Oh my, don‘t start with this again.... " – these few innocent words can influence young person‘s mind into thinking whether the idea that one has got is actually decent. At the young age, parents are the main influencers of our actions. Seeking for their approval might get us in the spot where it is difficult to judge whether the idea you got would be approved by them or not. However, there are still some weird adults who do not imply such approach and let one to decide on their own. I am fortunate enough to call those people my parents.

Once upon a time, a brave 12 year old boy decided to ask his parents for a honeybee hive as a birthday present. That boy‘s name was Kestutis. All that boy knew about the honeybees at that time was that they existed. But let me start from the beginning.

Back in the day, my grandparents lived in the country side and worked as teachers at the local school. They had a few cows and several honeybee hives. My grandfather made sure to pass onto my father several important values of work: there is no magical way to become successful unless you put in hard work. Counts for any, be one child or adult.

When I was a child, I was afraid of my grandfather. I couldn‘t pinpoint the exact reason, but probably this stemmed from the senility (his restricted movements and his elderly person appearance). I‘m forever grateful to him for bringing up my father with the endless love of nature which I inherited.

The first interaction with the miracles of the nature were at my father‘s work place – the Zoo. Interaction with different animals was so natural to me. The first animals that I had as pets were birds from the Zoo. We were caring for them throughout the summer season. Later on, we bought quails which were living at our garden for a season

After a while, I decided that I would like to have a few honeybee hives. By chance, me and my father stumbled across ninety four year old beekeeper who was selling his few hives and this was the moment when journey with honeybees started. At first, while standing next to the hives was frightening, the beekeeper kept encouraging us to open up one of the hives and take a glance at this spectacular phenomena. Throughout the summer we were taught the basics of bees and beekeeping and later on involved other members of the family to join us on this journey.

Any questions? Give us a call or text 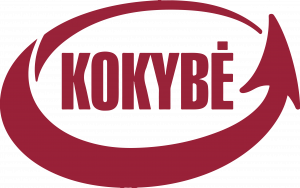